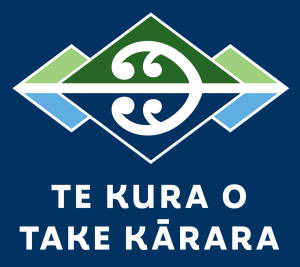 Reflecting the rapid population growth in the Upper Wanaka region, the Ministry of Education has been planning for some years for the establishment of a second State primary school in Wanaka, to complement the exisiting Wanaka Primary School and Holy Family School.

Initial community consultation in 2015 (conducted by Dr Gabrielle Wall) led to a more extensive set of consultations during 2017. Cleave Hay was engaged by the Ministry to consult widely as to whether the new school should be established as a new, standalone school or as a second campus of the existing Wanaka Primary School. In September 2017, Cleave Hay reported that a majority of those who engaged with the consultations preferred the option of a new, standalone school – with particular emphasis being given to the advantages of a new school having its own culture and sense of identity, thus offering a point of difference to the existing school, while still being able to collaborate with other schools in the wider region.

The relevant reports are available on request to [email protected]

In 2018, the Minister of Education appointed an Establishment Board of Trustees to oversee the construction and opening of the new school. The Establishment Board met for the first time on 29 June 2018, and elected Dr Ian Hall as the Chair. Other Board members are Anna Roseingrave, Amy Watson, Dr Jude MacArthur, and Liz Hawker. Cleave Hay has been engaged by the Ministry of Education as Governance Facilitator for the Board, and Suzanne Howard has been appointed as the Board’s Secretary.

The Establishment Board has been meeting fortnightly during 2018, and has completed a number of the key tasks required to ensure that the new school opens as the start of the 2020 school year.

The Ministry of Education has acquired a three hectare site in the new Three Parks subdivision between SH84 and Ballantyne Road, immediately to the west of the recently opened Wanaka Recreation Centre. The proximity of the Recreation Centre and Pool will be a significant advantage ot the new school.

It is anticipated that plans for the new school will be completed during 2018 so that consent can be granted by the Queenstown Lakes District Council, thereby allowing construction to start on site early in 2019.